In the following schedule you can read out the different phases. All of the phases occur at the compost business. 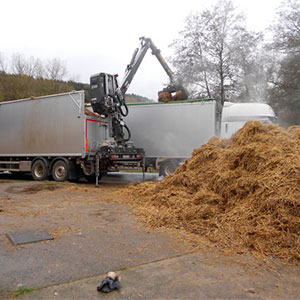 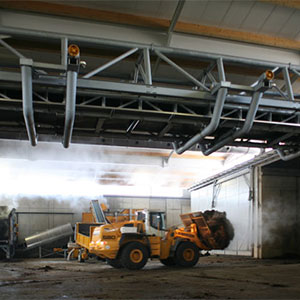 Phase I, the production of fresh compost

Depending on the raw materials this phase will last minimally 3 to even 18 days. The most important goals in this phase are:

After this phase, the compost is called “phase I-compost” or “fresh compost” (in earlier days also “green compost”).

Phase II, the pasteurization and conditioning of the compost 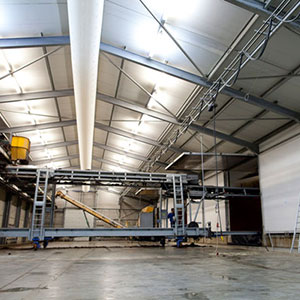 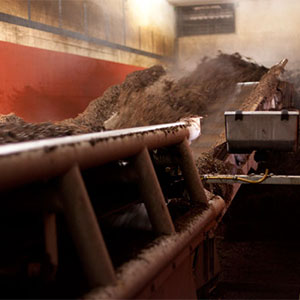 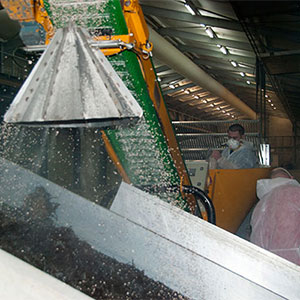 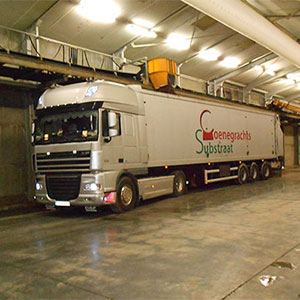 After phase II, the compost is removed from the tunnel and is mixed with ‘spawn ’. ‘Spawn ’ consists of special prepared grains of wheat that continue to grow with the mushroom mycelium. From the ‘spawn ’ the mycelium continues to grow through the compost. This process takes a minimum of 14 to 18 days. At the end of this phase the compost is called “phase III-compost” or “full-grown compost”. This phase occurs both at the tunnel companies where phase II is carried out as well, as well as at the production farm . In the Netherlands and in the more developed mushroom countries, this phase occurs at the compost company.